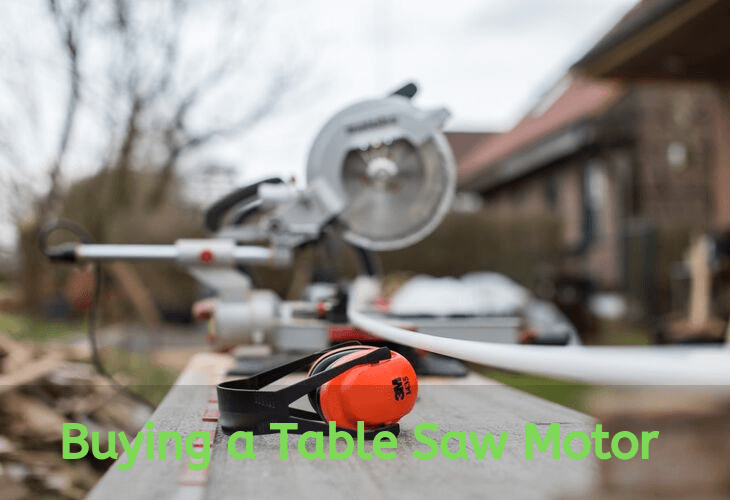 The heart of the table saw isn't the saw itself but the table saw motor that powers that blade. It's clear that it's a vital aspect and feature of the power tool that makes the table saw tick, so you should pay more attention to what type of motor you have. Many motors are found in big name brands like Makita, Bosch, and DeWalt, such that the name reassures you a guarantee of a great motor specs-wise. However, you need to know what these specs mean and what extra motor power entails.

In order to ensure you're getting the cutting power you need, you should pay attention close attention to the horsepower and drive type of the motor, which is covered by this relatively quick table saw motor guide of sorts.

Every table saw prominently displays the horsepower specification since it's one of their major selling points. As a frame of reference, the majority of portable saws and several stationary saws have 1-2 HP motors. This type of motor is powerful enough to cut many raw wooden pieces into work pieces but not so powerful that a portable saw becomes out of control in your hands. As a rule of thumb, a 1-2 HP motor is capable of doing 2-inch cuts without any problems.

However, if you wish to cut thicker blocks of lumber or hardwoods, 1-2 HP motors aren't enough. You need more powerful motors, like the ones available on table saws because the table helps stabilize the multi-HP motors better. Usually, a table saw has 3-5 HP motors instead. It's also important to note that motors aren't as simple to upgrade or replace compared to miter or fence gauges, so you should pick a good motor with decent HP for your table saw from the get go.

Motors can't only be judged by their HP capabilities. They also differ in terms of what type of drive they use. You have the belt drive or direct drive motor. These motor types aren't necessarily important when it comes to your buying decision when it comes to choosing a specific table saw brand compared to horsepower. However, it's still useful to know in terms of maintenance and performance contexts. Knowledge is power.

Direct drive motors, as the name suggests, are directly connected to the saw blade. This choice of motor is most efficient for table saws because most of the engine power is directly transferred to the saw blade when push comes to shove. You won't have to worry about wasting energy from your table saw. It's more energy-efficient when you plug your table saw to the electric socket. No energy is wasted by friction or having too many moving parts.

Also, when compared to the belt drive, the direct drive works much quieter. There are also fewer concerns involved when maintaining a direct drive motor because It's direct and doesn't involve so many drives. You need to replace the belts on the belt drive more regularly. It's also smaller, quieter, and more lightweight, making it the perfect motor for portable saws. It's even cheaper than belt drives to boot!

Belt drive motors aren't connected directly to the blade. They're instead linked by a belt and pulley system that transfers the HP of the motor to the blade indirectly from one belt and pulley to another. It's like how a car has different belts that power its different systems, but in a much simpler context since the motor still powers the saw blade when push comes to shove.

For contractors and heavy-duty projects, the belt drive is a must exactly because it offers so much more torque and power. HP dictates how fast your saw can go. Torque dictates how much power is behind that speed, usually to the point of ripping apart the hardest of hardwoods. Those arcade-cabinet-like stationary table saws found in woodworking shops and used for construction work will typically have this type of motor. It's renowned for its ability to deal with a wider range of woods and tasks in exchange for portability.

The thing about belt drive motors is that they require more space in the body of the table saw, which means that they're seemingly designed for exclusive stationary or industrial-grade table saw use. As mentioned above, the use of belts for extra torque comes with certain shortcomings and drawbacks that include increase amounts of vibration and noise when push comes to shove. They also require more maintenance in light of all the belts and moving parts they use.

The horsepower dictates the range of wood types you're able to cut down. However, the motor drive reveals to you how much torque is afforded to you in order to make those cuts. However, usually the ordinary do-it-yourself homeowner or amateur woodworker need not bother himself with the details. They simply need to choose between huge, hulking stationary table saws for major cutting action or portable benchtops for smaller projects.

The HP is bigger with stationary tables and smaller with portable tables. Also, your needs and wants should dictate how powerful your motor is supposed to be and what brand of table saw you should purchase. As always, keep in mind the drive type and horsepower of any given motor. As a rule of thumb, portable or benchtop table saws require the more energy-efficient direct drive motor while the larger and more immobile stationary table saws use the more powerful and torque-filled belt drive motor.

You should specifically be aware of what it is you're cutting down. Your motor specifications should be handled on a case-by-case basis. Hardwoods naturally require more horsepower and torque from a stationary table saw to ensure smooth cuts. However, if you're mostly dealing with particle boards and softwoods, then the extra ripping and slashing power might be unnecessary. Smaller, efficient benchtop table saws or portable saws are enough for middling or minor DIY home improvement and woodworking projects. 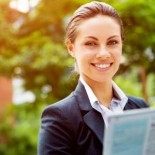